Those in search of the fountain of youth should look to a laboratory in the Netherlands; therein lies what may be the answer to a more realistic mystery: why some people look younger than others of the same age.

In a study conducted by in Rotterdam, scientists claim for the first time to have found a gene that specifically affects how old people look. The gene came to light when researchers noticed that people who carried mutations in the gene appeared, on average, two years older than they were. The work, if verified, could help scientists unpick at the molecular level how people’s faces change with time, and ultimately develop ways to slow down the most visible effects of ageing. Variations in one gene, called MC1R, were more common in those who looked old for their age. To check the finding, he repeated the search in two other groups of people, one in Netherlands, the other in the UK. The MC1R gene, which is responsible for red hair, cropped up again.

Read More: 5 Best Peel-off Masks That Are Not Gimmicks

Scientists have long known that people appear to age at different rates, and that genes and lifestyle are both involved. Smoking and too much UV from sunlight speed up skin ageing, but the genetics at work in looking old – or young – have so far proved elusive.

Working with scientists from Unilever, a group of observers was asked to estimate the ages of nearly 3,000 people who had provided pictures of their faces and DNA for what is called the Rotterdam study. They found that people consistently rated women as being older than their years, and men as being younger. The finding might reflect the media’s obsession with images of young women, suggested one scientist who was not involved in the work.

WE DON’T ALL AGE AT THE SAME PACE

A method to measure the pace of ageing of people in their 20s or 30s has emerged from the University of Otago’s long-running Dunedin Multidisciplinary Study, which has tracked more than 1000 people born in Dunedin in 1972-73 from birth to the present. The paper, written by a team from the United States, United Kingdom, Israel, and New Zealand, was published today in the Proceedings of the National Academy of Sciences.

Read More: The Best Primers According To Your Skin Type

It revealed a panel of 18 biomarkers that could be combined to determine whether people were ageing faster or slower than their peers. Individuals who were ageing more rapidly were less physically able, showed brain ageing, suffered worse health, and looked older.

Beyond clinical indications, a person’s experience of ageing was found to be influenced by their own perceptions of their well-being and by that of others. Below are examples of celebrities aging badly and superbly, with Prince William unfortunately in the former category.

The consensus seems to be: yes, there could be a gene that makes one more predisposed to accelerated to aging. But judging by the vastly varying rates displayed by the population, even celebrities in the media, it is clear that lifestyle habits play an important role.

Given that we can’t change our genes, and that even those with good genes can squander their genetic lottery away with poor choices, it is what we do that seems to make the most impact on how we look. Here are top 5 tips gathered from people who look incredibly youthful for their age that we can well learn from.

Read more: Glam It Up the Monroe Way 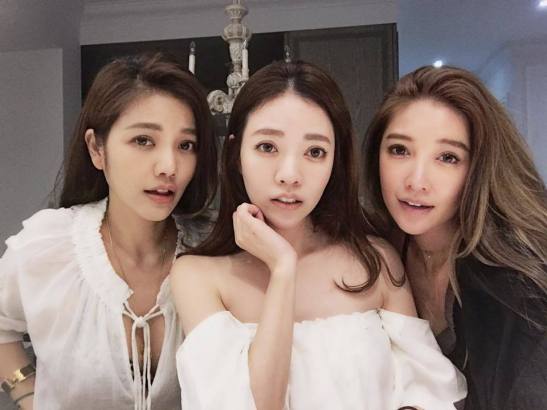 In an interview with Friday Magazine, FayFay and her 41-year-old sister, Lure Hsu, who has gathered a viral following for their uber youthful looks credited water for their youthful appearance. Apparently drinking lots of water keeps your skin hydrated, and you don’t need to worry about wrinkles and ageing anymore. Both sisters drink lots of water every day, with FayFay adding that she drinks 350ml to 500ml of lukewarm water every morning. She’s being doing it for over a decade, and it seems to be working wonders.

A self-proclaimed ‘sunblock fanatic’, Charlize, 41, told Instyle magazine that she doesn’t leave her house without sunscreen. ‘I stash it in my car. I put it on my hands when I’m driving,’ she said. Her SPF of choice is formulated with vitamins C and E for added anti-aging benefits.

Read more: All You Need To Know About A Non-Surgical Facelift

Ther’s a lesson to be learned here. Macaulay Culkin was said to be close to death last year as he allegedly battled a devastating heroin addiction.But he managed to clean himself  up, and now it seems Macaulay Culkin has replaced drugs with another dangerous habit.
The 32-year-old is said to be smoking a whopping 60 cigarettes a day, leading to new health fears for the troubled former child star. Health troubles aside, judging by his latest appearance, it is clear that this new dubious habit has taken a toll on his looks.

Read more: Do You Have Chin Envy?

We think J.Lo is actually aging backwards. And if her impossibly chiseled abs are any indication, staying in killer shape is a huge factor. For that, Lopez credits the Tracy Anderson Method, and she makes working out a priority. She’s also so committed to her diet that she recently launched BodyLab, a wellness brand that centers around protein shakes and supplements.

Jennifer Aniston’s complexion somehow seems to glow even more than it did during her Friends days—but she insists that it’s actually because she didn’t go the surgery route. “There is this pressure in Hollywood to be ageless,” she said in a recent interview with Bobbi Brown. Instead, Aniston is a huge advocate of lasers and LED light therapy, which allegedly tighten facial skin in a non-invasive way. She also credits high quality skin products, drinking a lot of water, getting a decent amount of shut-eye, and good genes.

Read more: 5 Things to Take Note or for Dry Skin Prone to Acne 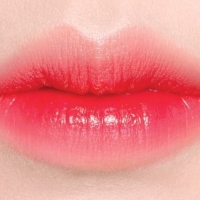